Emmaus Mossley is a charity and thriving community. Find out more about our work today.

Emmaus Mossley supports people in many different ways. Find out about our range of activities.

There are many ways you can support Emmaus Mossley and help people who have experienced homelessness. Find out how today.

The Emmaus Mossley group started in 1994, when a member of the first Emmaus group – based in Cambridge – moved to the Manchester area.

Richard Darlington, who is now our Honorary President, brought the idea to Greater Manchester in 1994 after moving to Oldham. Twenty-eight buildings were viewed in Manchester, Oldham and Tameside before Longlands Mill in Mossley was identified and obtained.

Longlands Mill was built in 1871 as a doubling mill but became a cotton waste mill in 1929. By the time of the purchase by Emmaus Mossley it was empty and becoming derelict.

Tameside Council granted planning permission in January 1996, the Company and Charity were registered in Spring 1996, and the purchase was completed in August of that year, thanks to a grant from a national charitable trust.

A co-ordinator was appointed in May 1997 and a small shop was opened on Manchester Road. This was used whilst the mill was being converted and would open on Saturday mornings for the sale of furniture, clothing, bric-a-brac, toys, etc.

Phase one of the conversion of the mill took place in 1998, providing workshops, sales areas and ten en-suite bedrooms. The second phase, which took place in 1999, included a kitchen, dining room, leisure area, eight further bedrooms and an electrical workshop.

A small industrial heritage centre opened in 2001, in a corner of the lower floor, recording the history of the cotton industry in Mossley, in partnership with Mossley Civic Society.

Four more en-suite bedrooms were added in 2006 and two further rooms were created in the preceding years. In 2016, two additional rooms were created with an adjoining small kitchen and bathroom. Emmaus Mossley now has the capacity to support 26 companions at any one time. 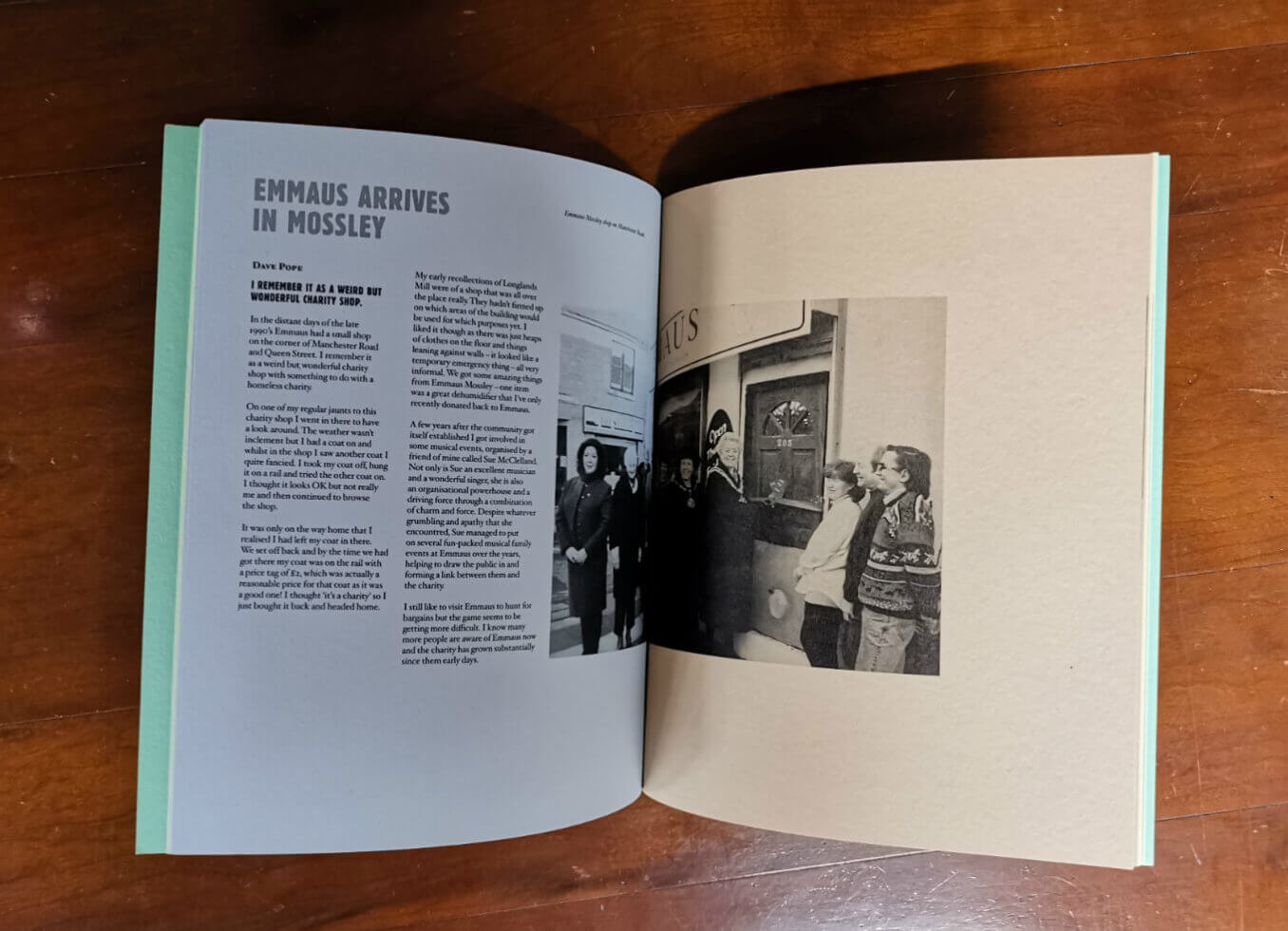 ‘Emmaus Mossley: A celebration of 20 years at Longlands Mill’ is a 48 page book that includes many personal stories from people who have supported Emmaus Mossley and contributed to its development. The book was produced in 2017 to mark the 20th anniversary of Emmaus Mossley and is available for sale in our Secondhand Superstore.