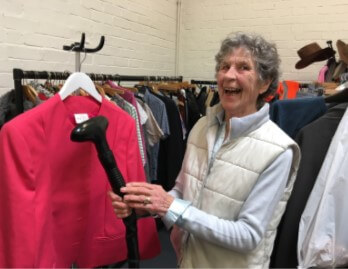 "If it wasn’t for Emmaus, I would never have turned my life around."

I spent all my life working hard in very good positions for very good companies. I had travelled all over and to the outside world I was living a great life and doing some amazing things. This was true to a certain extent, but beneath it there was a different person, someone who was struggling with keeping up with this persona and eventually this led to me having problems with alcohol. It didn’t just interfere with my working life; it had harsh consequences in my personal life too. I walked away from employment as I could see that my personal problems were obvious and my depression levels had hit rock bottom. This was the beginning of problems that I never thought I would ever face, surely it couldn’t happen to me, but it did.

I was privately renting when I walked away from my last job and the landlord was understanding when I said that his rent would be paid by way of housing benefit, and so for a short while there was no problem. Unfortunately the landlord had to sell his property, which meant I would have to vacate the property. He very quickly got an offer that he accepted and I had just weeks to find other accommodation. A combination of not working and very limited availability of other flats led to me being homeless.

I had been into my local council offices and called them on a daily basis asking them to help me find accommodation, but my status left me outside of any immediate assistance or help available. One day I was waiting in the office when someone mentioned an organisation in the neighbouring council borough that might be able to help me. It was to be a successful meeting as they were able to refer me to Emmaus.

There was so much that Emmaus had to offer that it became an ideal opportunity for myself to solve more than just my homeless problem, I could get help and support for other underlying problems that had been an obstacle for quite some time.

Also, I had the chance to work every day, which for me was something that really appealed. I like working and the sense of self-worth that comes with it. The jobs that I did were completely different from anything that I had done in my past career and so adjusting to new tasks and responsibilities was challenging, but ultimately enjoyable. It was hard work, but without the stress that I would once have been putting myself under. I even achieved getting my fork truck license, which is something I never thought I’d do, but in fact took great pleasure in.

Living at Emmaus was great and the bond forged with the other companions was vital to my progress. I’d been alone for a very long time before I came to Emmaus, but eventually I realised just how important it is to have people around, to chat to and enjoy free time with. The stability that I got from being around like-minded people is something that the other companions might not have realised that they gave me, but is something will always be thankful for.

The support from Emmaus staff, whether that be in structured support work or just someone to lean on sometimes, also added to that sense of stability. If there was something in the back of my mind, they were always there for me. I felt comfortable to open up when needed.

I recently felt ready to move on from Emmaus and was thrilled when I landed my dream job as a Rough Sleeper Case Worker, working with people who are homeless in Bedford. I’m now excited to be part of a team which acts as a point of contact for people who are homeless. It’s giving me a chance to give something back; to give people hope and show them there’s a way out and that someone does care. We take the time to chat and find out what sort of assistance they need. Often being a listening ear for someone in that situation is just as important as more practical help. We also support people who have just come off the streets and are renting for the first time, making sure they have the best chance of keeping that roof over their head.

If it wasn’t for Emmaus, I would never have turned my life around in this way, and I’ll always be grateful for their support.