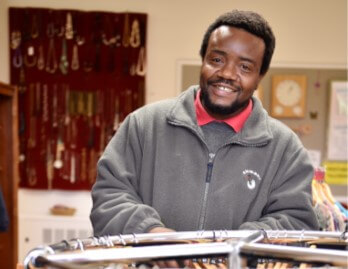 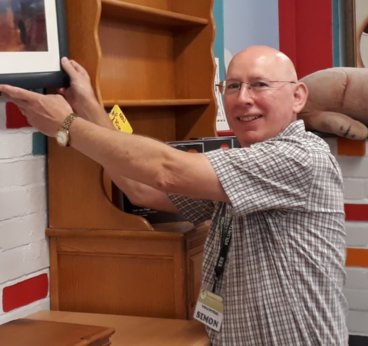 You can make a difference by donating, volunteering or visiting our shops and bistro.

We're proud of our team who together completed 120 miles of rowing, cycling and running

A group from Emmaus Village Carlton has taken part in the nationwide ‘Captain Tom 100’ fundraising campaign.

This bank holiday weekend, five of our companions and one member of staff rowed, cycled and ran, for a grand total of 120 miles.

Friday 30 April would have been Captain Sir Tom’s 101st birthday and was the one-year anniversary of the extraordinary celebrations that followed the conclusion of his fundraising walk that raised an incredible £38.9 million for the NHS. Following the outpouring of heartfelt messages since Captain Sir Tom’s death on 2 February this year, his family pledged to celebrate his life with an event that everyone around the world could get involved in – the Captain Tom 100.

If you visited Emmaus Village Carlton between Friday 30 April and Sunday 2 May, you might have spotted one or two of the team on a rowing machine or treadmill, clocking up the miles. They took turns over the four days, getting the miles in. On Bank Holiday Monday, the team also set off on a bike ride together. Together they covered 120 miles, so far raising £132. 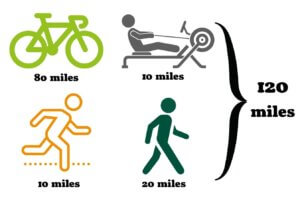 Not too late to donate and show your support

You can still sponsor their efforts by donating online – every pound donated will help us, help very worthy local causes through our Solidarity Fund. ‘Solidarity’ is central to the Emmaus ethos. It’s when our companions (and staff) ‘pay it forward’ by helping other people in need.

The act of solidarity can be very powerful for Emmaus companions as it is often central to rebuilding lost self-esteem, proving that everyone has the capacity to make a difference to the lives of others.

Companions at Emmaus Village Carlton meet regularly to decide how we might best help local charities and individuals who need it most. Each month, our companions decide on a local charity to receive £250. In the past, we’ve supported organisations such as Carlton and Chellington Joint Parish Council, the UK Sepsis Trust and the Huntington’s Disease Association.

Thank you for your support.