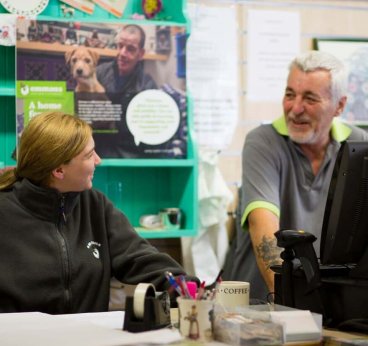 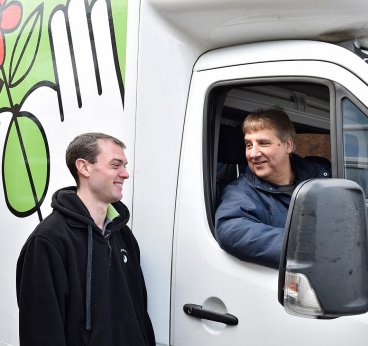 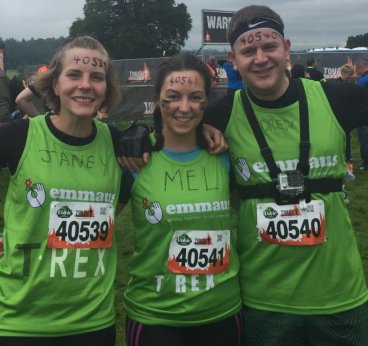 Through providing meaningful occupation, Emmaus creates a means of gaining experience, training and transferable skills, building self-respect and personal empowerment for the volunteers. Emmaus Suffolk has had no statutory funding and is fully self-sufficient through income generation, local grants and fundraising. The overarching aim is to maintain a self-sustaining business and service provider.

We offer a range of activities at the Hub (The Dales) for all NRC’s to participate in, which is separate from the work framework.

Shower and Laundrette facilities – for individuals to wash themselves and their belongings.

At the Hub we also offer free space to local groups and clubs to meet and we promote these groups to the wider local community.

Partnership Working – we work closely with other service providers whom refer their clients that have identified they are ready to engage.

The support we offer is differentiated to suit with an individual’s support needs and volunteering commitment and be structured at a level that is appropriate to them. Support may be delivered in a variety of ways and is delivered throughout everything we do.

This makes the support offered a much more holistic approach. Building relationships and trust with the client by working along side them and engaging whilst they are in the work framework. This has enabled the support worker to unpack deep routed issues that have never been shared before. Which results in self limiting behaviour to be addressed -potentially for the first time. This is a highly intensive support offer but the results for our clients show its value. The chart on the next page shows the ratio of individuals identifying issues compared to the amount of support contact involved.

Lucy joined Emmaus Suffolk in June 2016, after being referred from a local youth organisation (4YP). Lucy was the main carer for her mother who suffered with severe bi polar. Lucy herself suffered with anxiety and depression which was heighten by the situation at home. Lucy enjoyed her time working in the shop, this helped grow her self esteem and confidence. Lucy received support with applying for jobs, her CV and interview techniques and secured employment with a large retailer. For a period after securing employment. Lucy continued to call into the shop and see staff, when she felt she was struggling emotionally. The safety net of support offered by all helped with the transition to become independent. Lucy is still in employment and has not needed to access support, her mother has also moved into sheltered housing which has allowed her to become fully independent. Lucy ended her NRC in June 2017.

Jane joined as a NRC in June 2017. Jane had been unwell and had been unemployed for a period of one year before applying to become a NRC. Jane was suffering with anxiety and depression, because of her previous employment, which was in law and was very demanding and as a result she was becoming socially isolated. Whilst being a NRC, Jane recognised that she missed working, she missed the comradery of colleagues. Jane confidence grew, and she worked with support in applying for jobs and on interview techniques. Jane secured employment within 2 months and left at the end of August 2017. Jane said that without the welcoming warmth, support and opportunities Emmaus Suffolk provided she may have not had the confidence and preparation to re-join employment.

Gary joined as a NRC in June 2016, after being referred from a local organisation working with vulnerable marginalised adults. Gary was living in a tent after coming to Ipswich from another county. Gary states that he had lost interest in life, lost hope and was deeply depressed. Since his time as a NRC he has develop new skills and put into practice current skills that he had been unable to use up to this point in his life. He feels the stability and choice has allowed him to grow as a person and allowed him to personally evolve. Gary moved into supported housing and has since secured an independent flat. Gary has also been employed by Emmaus Suffolk as a casual worker, Gary continues to work as a NRC, he is looking for employment. Gary is also accessing local services in regard to his mental wellbeing and identity.

Emmaus doesn’t only have a significant impact on the lives of people who have experienced homelessness and social exclusion, it also brings wider social and economic benefits.

In 2012, a group of researchers talked to companions and staff members in seven communities across the UK, trying to establish the main outcomes of Emmaus’s work.

Their research found that for every £1 invested in an established Emmaus community, £11 is generated in social, environmental and economic returns.

·Keeping people out of hospital, and helping them to be safe and well, saved the Department of Heath £1,478,506 for NHS and emergency service costs;

·Emmaus saved local government £2,447,612 which would have been spent on hostel accommodation, drug and alcohol services and landfill

·Keeping people in work and out of prison saved the Ministry of Justice £778,435.

The report found that Emmaus communities successfully provide a place for people in vulnerable housing situations to rebuild their lives by offering them meaningful work and support. Significant benefits were linked to substantial improvements in companions’ physical and mental health, including reductions in substance misuse.