"I have been accepted onto a master’s course to study Data Analytics and Finance at Arden University."

I moved to Emmaus Norfolk & Waveney in May 2019 and have celebrated some big moments since being here.

I recently graduated from my finance degree at Canterbury Christ Church University and I’m pleased to say that I have been accepted onto a master’s course to study Data Analytics and Finance at Arden University from August 2020. 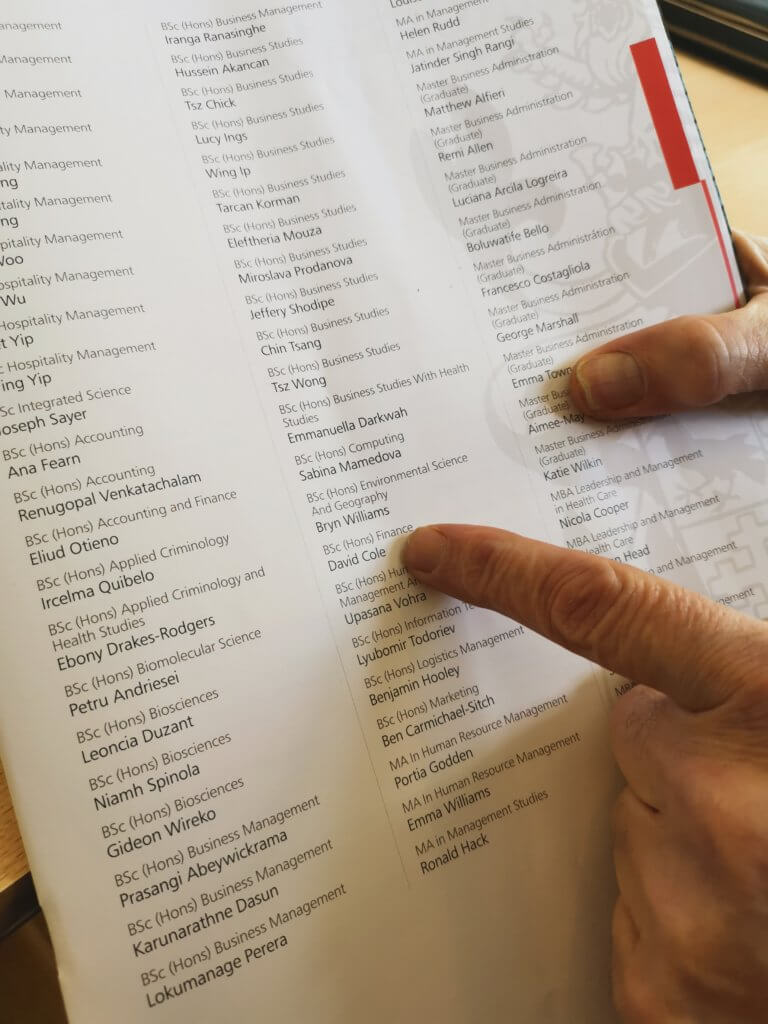 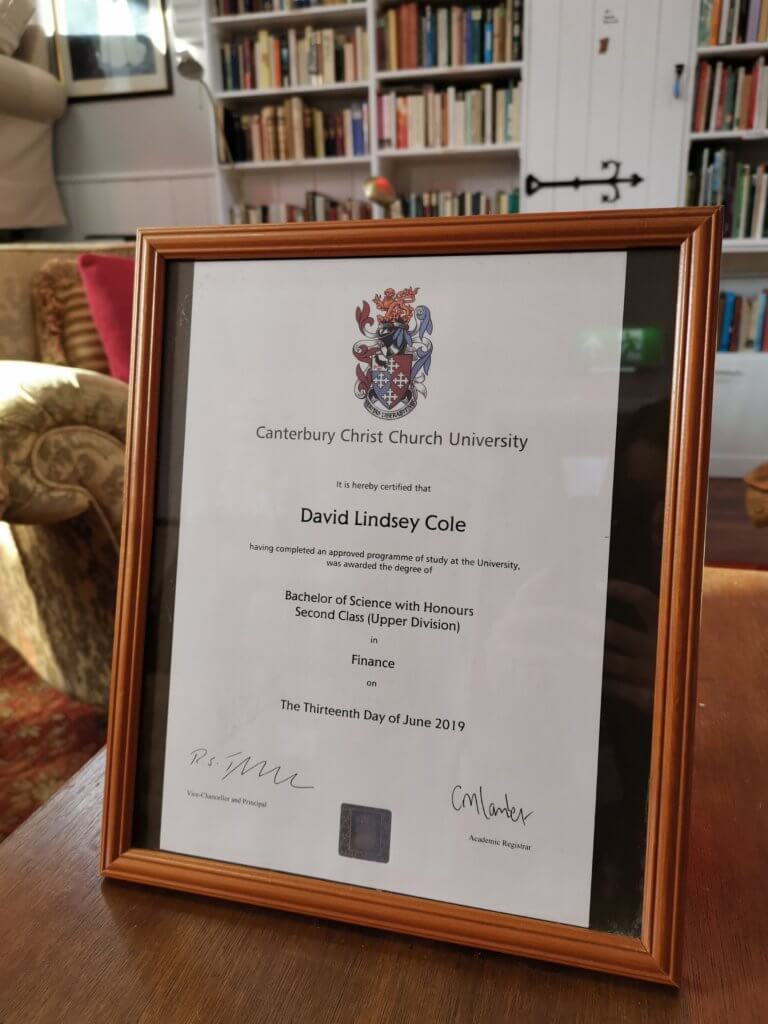 I was first introduced to Emmaus in 2015 when I moved to the Colchester community following some bad decisions in life. Before applying to Emmaus, my daughter had suggested I apply to university and I was accepted shortly after moving in. The downside was that three weeks later, while still at Emmaus Colchester, I had heart failure.

I was in hospital for nine days because of it but I still went to university that September. I practically lived in the library and really enjoyed the course – doing statistics, portfolio management, regression analysis and much more. There were times it was a struggle to walk to the library without getting out of breath, but I continued my study and officially finished the course in June 2019.

The summer after I moved to Emmaus Norfolk & Waveney, my health took a turn for the worse. I was meant to be attending my graduation ceremony that September but postponed it. I ended up in hospital again, where I was put on a new regiment of drugs which helped.

Staff at Emmaus Norfolk & Waveney have all done a great job looking after me when I needed it the most and they do all they can to be supportive. Lyn, the Community Support Manager takes me to my appointments in Cambridge, which is quite far away, and she is also helping me to get council housing.

At Emmaus, I work in the logistics office serving customers and booking deliveries and collections. If I do get housing, I would like to come back for a few days every week to volunteer alongside studying so I can give back for everything Emmaus has given me, which is a lot – a roof over my head, enough food that you could gain 50 pounds in just one month, and invaluable support.

In January 2020, I attended my graduation ceremony. It was a beautiful day. I wasn’t going to go because the train was £80, but when Cecile, the Director at Emmaus heard me say that she straight away offered to drive me. She didn’t even know where it was – it could have been the Isle of Man for all she knew, but there was no question about it. It meant a lot that she took the day out to do that for me.

I’m now looking forward to starting my master’s degree and hope to move out soon. Am I happy that I’m at Emmaus? Absolutely not. But that is nothing to do with Emmaus and my life could be a lot worse if I wasn’t here. I’m fiercely loyal to people who have done something for me, and I won’t forget the help I have received from everyone at Emmaus.

We are pleased to announce that from Tuesday 16 June we will be accepting donation drop-offs in our car park and starting house collections.

Donation drop offs to our Ditchingham site car park will be open Tuesday – Saturday from 10am – 3:30pm starting from June 16.

Collections can be booked online using our book a collection form or by calling 01986 895444.

Please visit our donation update page to read about the measures we have implemented to ensure the safety of our customers and team and check our advice on how to prepare your donations.

Our Ditchingham site and Bungay shop will be remain closed to shoppers until further notice.

Thank you for your continued support during the past couple of months.