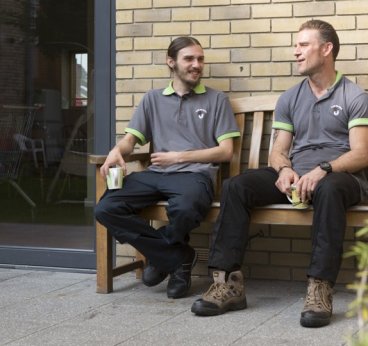 Prior to moving to Birmingham in 1986, Bishop James was Curate at St Peter’s, Farnborough in the Diocese of Guildford having trained for Ordained ministry at St John’s College, Nottingham. His first degree was in Philosophy, Politics and
economics at St Catherine’s College, Oxford.

Bishop James has a particular interest in urban regeneration initiatives and social and affordable housing. Bishop James is Chair of Housing Justice, the national voice of the churches on housing and homelessness.

Bishop James is married to Bridget who is Regional Development Manager with the National Treatment Agency for Substance misuse, working especially in prisons. Bridget was a lay member of the General Synod for the Diocese of Birmingham for 14 years.

Bridget and Bishop James have two children, Alasdair (26) a married chef living in Birmingham and Helen (24), who is studying Forensic Anthropology at the University of Edinburgh.

Bishop James is a keen choral singer and enjoys attending the theatre, walking,reading travelling and entertaining.

From playing pubs in the East End docks as a teenage greaser, to leading his rhythm and blues orchestra and selling millions of records this century, it is his passion for music that has made Jools Holland into a doyen of the music scene.

Julian Miles “Jools” Holland OBE, DL (born 24 January 1958) is an English pianist, bandleader, singer, composer, and television presenter. He was a founder of the band Squeeze, and his work has involved him with many artists including Sting, Eric Clapton, The Who, David Gilmour and Bono.

Holland is a published author and appears on television shows besides his own and contributes to radio shows. In 2004, he collaborated with Tom Jones on an album of traditional R&B music. He currently hosts Later… with Jools Holland, a music-based show aired on BBC2, on which his annual show the Hootenanny is based. Jools was awarded an OBE in 2003 for his services to the British music industry. He is married with four children and lives in a world of his own.

Per government advice, our shops in Sittingbourne and Chatham are now closed. Our priority continues to be the wellbeing of our companions, staff, volunteers and local community. We are really grateful for your support during this uncertain time and we will keep you updated. Stay safe everyone.