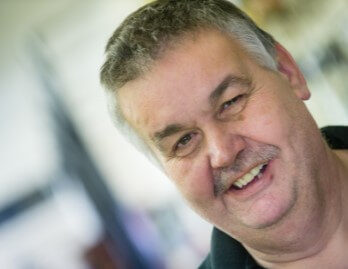 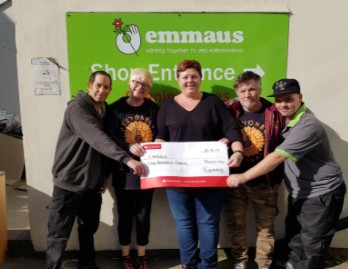 Nobody should be forced to sleep rough during a pandemic.

Our charity is today backing a national effort to help prevent evictions from emergency accommodation. The campaign, involving more than a hundred charities, campaign groups, lawyers and local councillors, urges local councils not to evict homeless people with ‘no recourse to public funds’ (NRPF) from emergency accommodation provided through the COVID-19 homelessness response.

The open letter,  signed by Emmaus UK, alongside Refugee Action, Praxis, JCWI and the Big Issue Foundation, also asks councils to promise not to share homeless people’s information with the Home Office without their consent.

The signatories to the letter want local authorities to publicly lobby Home Secretary Priti Patel for an end to the ‘no recourse to public funds (NRPF)’ system. NRPF is a condition that prevents some migrants from accessing welfare benefits and social housing.

As a result of NRPF rules, overstretched local authorities have had to meet the financial burden of supporting homeless migrants during the Covid-19 pandemic. People with no recourse to public funds make up more than half of the rough sleeping population in some areas of the UK. There are fears that, as lockdown measures are eased, many migrants with NRPF will be evicted from emergency accommodation and forced to return to the streets.

Some councils, including Hackney and Cambridge City Council, have already called for an end to NRPF and criticised the government for not giving local authorities enough funding or legal powers to support all homeless people during the Covid-19 pandemic. Last week the Local Government Association (LGA) called for a suspension of no recourse to public funds.

Benjamin Morgan, coordinator of the EEA homeless rights project at the Public Interest Law Centre (PILC), said: “If the government is not willing to protect migrant lives during and after this public health crisis, then local councils must be prepared to take a stand against the ‘hostile environment’ by offering sanctuary. Nobody should be forced to sleep rough for want of the right papers.”

Emmaus UK strongly believes that no-one should be without a safe place to stay, least of all during the Covid-19 crisis. It is vital that the government commits to providing ongoing funding to ensure that anyone threatened with homelessness has access to appropriate housing, regardless of their immigration status.