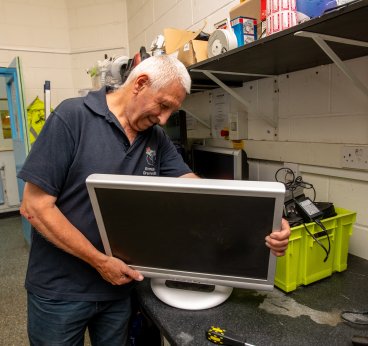 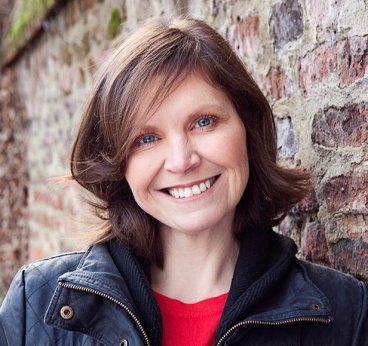 "I’m so thankful to be at Emmaus."

I woke up one morning in 2014, and left my home, my wife, and my children. A combination of events had led me to have a breakdown; I was in the process of splitting up with my wife, I was working non-stop running four kitchens as a chef and my grandfather, who had a massive influence on my life, passed away. My breakdown meant that I went on to spend over three years homeless before finding Emmaus Greenwich.

I am originally from East London but moved to Essex with my wife and two young children. I had worked all my life, first as a professional boxer before training to be a chef. I enjoyed running four busy kitchens, but before my breakdown I was living life at a hundred miles an hour, obsessed with work. Not knowing I was having a breakdown meant that I wasn’t entirely sure what I was doing the morning I left my family; I simply woke up and left in only a t-shirt and jeans on a cold January morning.

I will always remember that first night sleeping rough. I was on the steps of Victoria station and it was snowy. I had tried to get a sleeping bag from a day centre but couldn’t as I hadn’t registered as homeless with them. Without any other option, I wrapped myself up in newspapers that I had found in a recycling bin to keep warm, and luckily managed to get a sleeping bag and jacket the next day from a charity.

A typical day on the streets for me became waking up, going to a day centre to eat and wash, and then walking around London. To cope, I would always make sure I had something to look forward to each day no matter what – even if it was simply just a shower. Eventually, I began to sell The Big Issue, and with that money I started to buy the cheapest bus ticket available to different coastal areas. I would spend a few weeks travelling around before returning to London to re-group and get provisions like a new sleeping bag or clothes.

During my time on the street, I was offered places to sleep in night shelters and hostels, but quickly discovered that they made me feel worse. They are noisy, making it difficult to sleep, and not a good environment to be in. Constrained to one place with others who are suffering from addictions or other issues started to cause a strain on my emotions, making me feel like I was being dragged down.

I ended up avoiding hostels and night shelters, preferring to find my own places to sleep even though it meant broken nights and waking up every couple of hours. I tried to find sheltered places near a public toilet and a day centre. In London my regular spots became a sheltered walkway by the OXO tower and near Victoria station. As there was social housing near the walkway, people seemed more accommodating to me and would stop for a chat or bring me a coffee, but generally being homeless in London meant that I felt invisible to others. It was as though sleeping on the streets automatically made me an addict or alcoholic in the eyes of some people, and I consciously kept the area where I slept clean to show them that I wasn’t.

Being on the street for that long has meant that I’ve dealt with all weather conditions. It was horrible in the sun, but the worst was the rain and snow. I will never moan about the cold again. When you’re homeless, the rain and snow ruins you and I would do anything that I could to not get my clothes or feet wet as I knew that meant trouble. In the worst of the cold weather I would try and stay inside for as long as possible during the day and at night I would sleep under the walkway by the hotel, which was sheltered but still freezing. Thinking back, it is amazing what my brain and body handled.

After about two years homeless, I contacted my children. They thought I was dead, which is something that I will always wish I could take back. I was in Wales at the time when a policeman approached me and asked for my details. I gave him my name and came up as a missing person when he ran it over the radio. He told me I needed to call my children and that’s when it really hit home for me. I didn’t contact them straight away but must have gone to the phone about 50 times that week to do it. There wasn’t much of a conversation when I finally did, as it was mostly me crying. I thought my children and ex-wife would be angry, but they all understood that I was ill. The support I’ve had from them since, and from friends that I’m back in contact with, has made me feel very lucky.

Although I was still homeless when I contacted my family, I began to take steps to progress my life, and eventually moved into the Emmaus Greenwich community. Somehow being on the street, and all the travelling and time, allowed me to come through my breakdown completely different to before. Finding Emmaus and the structure that it provides has only helped this further – before, I wanted to be away from everyone and now I’m the complete opposite.

I had heard of Emmaus before from the day centres. Discovering that the Greenwich community had room and needed someone to help in the kitchen made the decision for me because cooking is my trade and I love it. I now run the community kitchen and cook all the meals for the other people at Emmaus Greenwich. I hope to eventually train some of them on how to run a kitchen and cook too and I have recently become a Community Assistant, meaning more responsibility within the community.

I’m so thankful to be at Emmaus, and I now see my children whenever I want. I’ve spent Christmases on the street alone near Victoria station, not wanting anything to do with it and I can remember falling asleep outside on one New Year’s Eve being so tired that I managed to sleep through the firework display. This Christmas though, I’ll be at Emmaus and I’m feeling upbeat and looking forward to it.

Looking forward, I will be starting a waterside walk from London to Bristol on Thursday 28 March until Easter Sunday and will be joined by Matthew Wright from talkRadio to raise awareness of mental health and the effect on homelessness and to raise funds for Emmaus Greenwich.