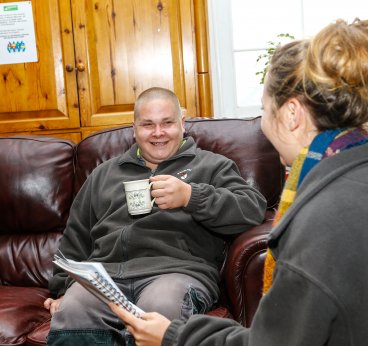 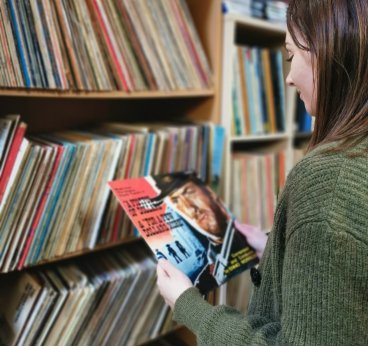 "It's a miracle I'm still alive"

I grew up with a father who had a drinking problem. He would come home from the building site, put his money on the table and that was that – he’d start drinking. I watched as his behaviour eroded away at my mum. Over the years she became heavily depressed. My two sisters, even though they were there, didn’t seem to understand the extent of her depression as I did. I was the one who was there for her and once I left home, she would come and stay with me when she couldn’t be with my father; we were really close.

My mum was staying with me when she died, in my flat. The last two months of her life were really bad as her depression worsened; I can remember leaving for work that morning with a bad feeling in the pit of my stomach. I kissed her on the cheek as I normally did, and then later that day I had the phone call at work. It was my sister telling me to come home, that mum was dead. Devastated is putting it lightly; it was all like a bad dream. I had to travel to the hospital to identify her body.

From then I tried to pick myself up day-by-day. The funeral came and went and for the first couple of weeks I thought I was fine – I carried on as normal. But one morning I woke up thinking I couldn’t do it anymore. The grief hit me, and that’s when I turned to drink. It wasn’t my first problem with alcohol, but I started drinking spirits to dull the pain of bereavement – buying it, drinking and not going to work became my new routine.

I lost my job and so eventually I also lost my home. I ended up sleeping rough on the streets of London on-and-off for two years. Being homeless anywhere isn’t the easiest, but being homeless in London in the cold and wet is very hard. I based myself on the Southbank near the River Thames. A day on the streets for me was total isolation, and I wouldn’t wish it on my worst enemy. I had literally no one to turn to or talk to – I couldn’t just stop a total stranger and say “I’m homeless, can you talk to me?” It was often best to keep moving so I sometimes just walked and walked; I knew the streets of London like the back of my hand. I sometimes used to sleep in parks during the day and I would go to the same spot at night; it was a place with a short wall which put me in shadow so I was less visible to passers-by. But the sleep you have when you’re homeless is never proper sleep – you are always on edge.

There was one day in particular that I remember. I was walking and at my wits end; I hadn’t slept very well or showered in over three days. I didn’t normally have feelings like this, but that day I thought about finding a bridge over the Thames and calling it a day. As I walked further, I noticed a church with open doors. I walked through the doors and someone asked me if I was ok. She wandered away and came back with a cup of coffee and plate of biscuits. We chatted for a while; it was nothing special really, but it meant a great deal that somebody seemed to care. It changed my mind and gave me a little hope.

I first heard about Emmaus from a shelter I used sometimes. They arranged for me to have an interview at Emmaus Hertfordshire, and they paid my train fare to get there. Unfortunately, there was a waiting list, and while I waited I moved between a night shelter and a large hostel nearby. I fell into another drinking cycle with people I met there and decided enough was enough and moved back to London – always waiting on the phone call from Emmaus. I got the call just before Christmas that there was a bed available, and moved in straight away. Unfortunately at the time I wasn’t really ready to address my alcohol problem and after a few months living there, I was back to drinking and being homeless. I tried again, joining Emmaus Norwich (now Emmaus Norfolk & Waveney) as the community opened; there were only five companions at the beginning. I helped to get their shop up and running. Things were going quite well, until I took a week’s holiday in Dover. I got talking to someone in a pub who offered me a live-in bar job. I remember thinking that I had fallen on my feet and that things would be better now I had a job. The Community Leader at Emmaus Norwich advised me against it but I decided to go anyway.

Obviously, an alcohol-based job was never a good idea – one thing led to another and eventually the pub was ready to kick me out because of my excessive drinking. I was given a second chance but it was a close call. One night a woman walked in; it was one of those ‘eyes meet over the bar’ relationships that happened too quickly and I moved in with her soon after.

I spent over four years with her but unfortunately we both had a drinking problem. Any problems that needed to be resolved were resolved through alcohol, and I was kicked out numerous times. We were going nowhere very fast and I realised that the only way forward for me was to go back to Emmaus, if they would have me. It was the only way to try and repair my life. This time I was determined to overcome my alcohol addiction, and I needed their support to do so.

I have come on leaps and bounds in the time that I’ve been at Emmaus Dover. I started out on a 28 day trial period because of my drinking, and they really helped get me through it. I’m now sober and very much involved in the whole community. I work in the warehouse and in the shop and I’m a qualified PAT tester. I like the variety; it keeps me moving – it keeps me alive. I’m a Companion Assistant, which means I’m partly responsible for other companions once staff go home at the end of the day. I’m also responsible for site security and locking up each evening.

I am happy and grounded here; Emmaus Dover have done more for me than I can ever imagine. The whole point of coming to Emmaus is that once you walk through those gates, whatever you were or did before is gone; everyone is treated equally. But as much as I love Emmaus, I am setting a timeline to leave. My main goal for the future is employment and I am going to look into doing something with the PAT testing and warehouse skills I’ve gained whilst I’ve been here. To be honest, that I am actually still alive now is a miracle in itself; Emmaus have been there for me throughout my journey and I’m truly grateful.