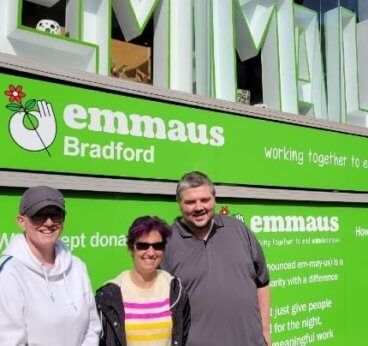 Discover more about Emmaus Bradford. Working towards becoming a community for homeless people. 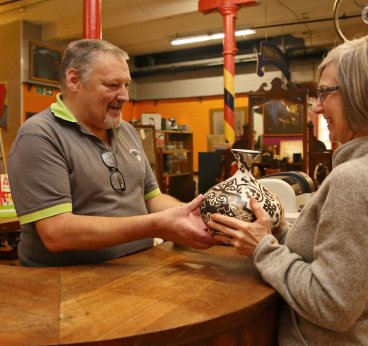 There are many ways you can support Emmaus Bradford and help people who have experienced homelessness. Find out how today. 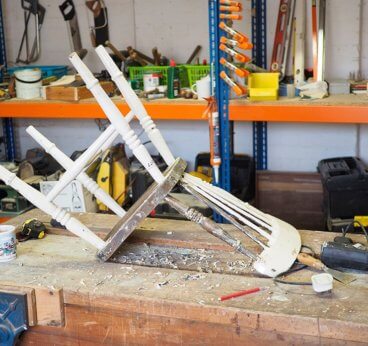 Emmaus Bradford offers a variety of services. Use these to help our group grow into a community.

The history of Emmaus began in Paris in 1949 when the first Emmaus community was founded by Father Henri-Antoine Grouès, better known as Abbé Pierre.

Emmaus Bradford was founded in April 2011 by a group of trustees.  We opened our first shop in October 2016 on Idle Road in Bradford. We then opened a second shop in October 2017 in the Old Plaza Cinema Building on Cross Lane, where we remain to this day.

The group originally formed with the intention of converting the former St Marys RC Catholic Church at Barkerend into an Emmaus community, however due the to size and Grade II listed status of the building the costs of refurbishment and ongoing maintenance, running costs etc proved to be non viable.

Instead we focused on getting the social enterprise arm of the charity up and running so it would provide us with a regular funding stream prior to the establishment of a community/accommodation.  We currently have the large Cross Lane shop in a former Cinema building and a shop on Bank Street in the city centre, which opened in February 2022, when we relocated from a Sunbridge Road.

The UK’s Emmaus movement was established in Cambridge in 1991 and there are now 29 Emmaus communities across England, Scotland and Wales. Across these 29 communities there are more than 850 rooms for companions from all around the UK and the rest of the world. In addition there are 3 other Emmaus charities, including Emmaus Bradford, which are developing their organisations in a variety of ways.

The Emmaus movement was started in Paris in the 1940s by Catholic priest & MP, Abbe Pierre. Following the Second World War, Paris’ levels of poverty and homelessness soared, and Abbe Pierre realised there was very little help on offer to people in need.

After a desperate man in poverty pleaded with Abbe Pierre for help, the idea of Emmaus was born. In a moment of inspiration that has shaped Emmaus ever since, Abbe Pierre said to the desperate man; “I have nothing to offer you, but you could help me?” This change from asking for a hand-out to a hand-up is still a core value of the Emmaus movement today.

Over the last seven decades, Emmaus International has grown to operate in 41 different countries around the world, with over 425 Emmaus communities and groups across France. The UK has the second largest number of Emmaus charities after France.